Social media happens now, but it lives forever. Once you send that tweet or post something it goes live. You can delete that tweet, which will mitigate, but not eliminate, any possible damage that it could do.

A prime example of this happened last week when the “Steve Jobs is dead” rumor started on Twitter. One reason that the rumor spread quickly is because it started from a credible source on the CBS web series, What’s Trending. The host of What’s Trending, Shira Lazar put out a tweet that said “Reports say that Steve Jobs has passed away. Stay tuned for more updates.”

The tweet was immediately deleted by Lazar and replaced with an apology and statement claiming that the information was unconfirmed. However, the damage was done and CBS cut all ties to What’s Trending, which they had partnered with to get further in with social media.

Carol Bartz used to be the CEO of Yahoo. She was fired on September 6 and normally that wouldn’t be major news. However, Ms. Bartz emailed all of her contacts, letting them know that she’d been fired and in subsequent interviews went on to question the intelligence of the Yahoo board of directors.

Unfortunately those final remarks may greatly impact her severance package, which had a clause that nullifies it if she disparaged Yahoo or the board of directors. Her first decision was tactless, bad PR and her second flub was most likely due to her passion over riding common sense. In both situations social media ran with the story which all but eliminated any amount of damage control.

As an individual you need to be careful what you post or tweet. Potential employers will Google you, which will bring up anything and everything. The search function on Facebook and Twitter will make their job that much easier. If you wouldn’t say it in person, don’t say it online.

It sounds corny or old fashioned to say that, but it’s true. Social media purists will say that if it doesn’t flow like you’re speaking or hold back on what you say then you’re not “keeping it real.” Oh, you’re keeping it real, really employed or more likely to be employed again. 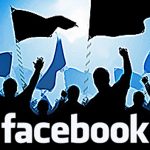 I Have A Facebook Fan Page… Now What?Blogging, Social Media 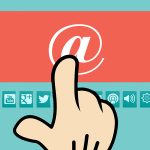