Why do most social media strategies fail?

Social media is hot right now. Its cutting edge, it’s the next best thing, and so on and so forth. With that being said, if it’s so cutting edge, why do so many businesses come up short when playing the game? The main reason boils down to lack of understanding.

Like so many other endeavors, the demise of a social media strategy stems from a general misunderstanding or misuse of it all together. As with anything, the more you know about it, the better chance you have to developing a strategy that works.

First and foremost, the most common misunderstanding is that social media is free and anyone can do it. Truthfully, this is not the case. Social media gets a bad rap in this sense. Although technically it doesn’t cost money to set a Facebook page up, or start a Twitter account, it’s not free to run them. And that’s a very important part to social media – running your channels. Where social media really costs you is the time you have to invest to do it well. When broken down, there are more costs than you might think.

There’s the cost of hiring a full-time employee to maintain it. There’s also the cost to have it outsourced. Finally there is the opportunity cost of doing it yourself. This means it costs you everything you can’t do, because you’re spending time running social media. Running social media accounts is a huge undertaking and if you’re not aware of the amount of time it takes to do well, you’re in for a surprise.

Social media requires lots of time to maintain yet it also requires lots of time to come to fruition. Social media is cutting edge, however by no means is it instantaneous. Each company is different, but on a general consensus, one should expect to commit for the long haul. Social media could very well take six months to a year to develop into what your expectations are. If you look at successful accounts, they all have one thing in common that makes them successful – time invested. They have been continually producing and sharing content for sometimes years. Social media just isn’t something that works overnight. To use it for one or two months and then quit, is just a waste of valuable time.

False or impossible expectations surround much of the social media world. Companies and start-ups so frequently rely entirely on social media and wonder why the business doesn’t work. In essence, they try to use social media for something its not. Social media channels are like a satellite for your website or your company. They are meant to direct people to your website and provide them with information when they seek it. Social media very rarely is the driving force behind your sales department. It does a very good job and spreading content on the web, however it can’t be your only form of marketing. Social media works in conjunction with a well rounded marketing plan, yet is not designed to take the place of it. Using only social media to grow your business would be like trying to sit in a chair with only one leg. Sure you might balance for a little while, but inevitably the chair falls over without enough support. The same goes for a business. 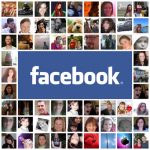 It’s Not Just About The FansSocial Media 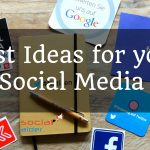