As you logged into Google this week you may have noticed a sign stating that there is a change coming up to their privacy policy. Starting March 1 Google will start sharing information across all of their platforms.

It’s similar to what Facebook does. I was on Facebook the other week and saw that I had read a Yahoo article on Kim Kardashian doing something stupid, trendy or in a bikini. Granted I did read that article on Yahoo, but I didn’t want my low brow taste in online reading broadcast to my Facebook people. Shortly after reading my post on Facebook I went in and deactivated the link to Yahoo.

Google will be doing the same thing. Google said that they aren’t enacting any new types of data collection, but they are consolidating many of their policies.

So if you’re doing a search on YouTube for Nyan Cat then cat related products may show up in the side bar advertisements. If you’re writing an email to your brother in Gmail then advertisement for Brother printers may show up, etc.

It’s data mining and it has some people claiming that they’re going to leave Google. Really? How much money a month are you paying for YouTube videos, your Gmail or the ability to interact with people on Google+? Those free services come with a cost and that cost is your privacy.

If you really want privacy then you’ll need to look around for a search engine that won’t share any information about you. These changes may also open up some people to using alternate search engines like Bing or Firefox. 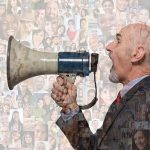 4 Ways To Get More Fans On Your Business Facebook PageBlogging, Social Media 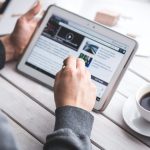 How Google+ Can Benefit Your BusinessBlogging, Social Media