Europe’s highest court Tuesday backed the so-called “right to be forgotten” by ruling that people are entitled to some control over what pops up when their name is searched online.

The Court of Justice of the European Union said all search engines in Europe – including Google, Yahoo and Microsoft’s Bing — must listen and sometimes comply when EU citizens ask companies to remove links to newspaper articles or websites containing information about them.

The case began with a Spaniard seeking to have outdated information about himself removed from the Internet. His quest became a key test of the so-called “right to be forgotten” — to have unflattering information erased after a period of time.

On Facebook, the EU’s Justice Commissioner, Viviane Reding, called the ruling a “clear victory for the protection of personal data of Europeans.”

Google said it was disappointed by the ruling — which cannot be appealed — but was still studying its implications.

The Mountain View, California, company has long argued that people with complaints about Web searches containing outdated or otherwise objectionable information should take it up with the websites.

It remains to be seen whether it will change the way Google and its rivals operate in the U.S. and elsewhere around the world.

Nor is it clear exactly how the court envisions Google and others handling complaints, which could prove to be a logistical headache if large numbers of people start demanding that information about themselves be removed.

While some digital-rights experts welcomed the decision as a victory for privacy rights, others warned it could lead to online censorship.

The EU, which would be the world’s largest economy if its 28 countries were counted as one, has a population of over 500 million.

The case was referred to the European Court from Spain’s National Court, which asked for advice in the case of Mario Costeja, a Spaniard who found a search on his name turned up links to a notice that his property was due to be auctioned because of an unpaid welfare debt. The notice had been published in a Spanish newspaper in 1998, and was tracked by Google’s robots when the newspaper digitized its archive.

Costeja argued that the debt had long since been settled, and he asked the Spanish privacy agency to have the reference removed. In 2010, the agency agreed, but Google refused and took the matter to court, saying it should not be asked to censor material that had been legally published by the newspaper.

“It’s a great relief to be shown that you were right when you have fought for your ideas. It’s a joy,” Costeja told The Associated Press in a telephone interview. “If Google was great before, it’s perfect now, because there are game rules to go by.”

He said that “ordinary people will know where they have to go” to complain about bad or old information that turns up on a Google search.

Costeja’s case will now return to Spain for final judgment. There are about 200 others in the Spanish court system, some of which may still prove difficult to decide. For instance, one involves a plastic surgeon who wants mentions of a botched operation removed from Google’s results.

In its ruling, the European Court said people may address requests directly to the operator of the search engine, “which must then duly examine its merits.”

The right is not absolute, as search engines must weigh “the legitimate interest of Internet users potentially interested in having access to that information” against the right to privacy. When an agreement can’t be reached, the Luxembourg-based court said, the matter can be referred to a local judge or regulator.

Debates over the “right to be forgotten” have surfaced across the world as tech users struggle to reconcile the forgive-and-forget nature of human relations with the unforgiving permanence of the Internet.

Though the idea of such a right has generally been well-received in Europe, many in the U.S. have criticized it as a disguised form of censorship that could, for example, allow ex-convicts to delete references to their crimes or politicians to airbrush their records.

Alejandro Tourino, a Spanish lawyer who specializes in mass media issues, said the ruling was a first of its kind and “quite a blow for Google.”

“This serves as a basis for all members of the European Union. It is a most important ruling and the first time European authorities have ruled on the ‘right to be forgotten’,” said Tourino, who has worked for the AP in several legal cases and is the author of “The Right to be Forgotten and Privacy on the Internet.”

Some limited forms of a “right to be forgotten” exist in the U.S. and elsewhere — for example, in regard to crimes committed by minors or bankruptcy regulations, both of which usually require that records be expunged in some way. However, the burden falls on the publisher of the information, usually a government — not on search engines.

avier Ruiz, policy director at Open Rights Group, a British-based organization, cautioned that authorities have to be careful in how they move forward.

“We need to take into account individuals’ right to privacy,” he said. “But if search engines are forced to remove links to legitimate content that is already in the public domain … it could lead to online censorship.”He added the case has “major implications for all kind of Internet intermediaries, not just search engines.”

Google currently advises users to approach websites that have published information about them as a first step in having it cleared from the Internet. Once a site removes the content, Google’s links to the material will disappear soon after. 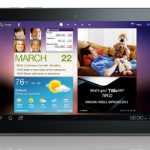 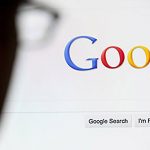