These days, Google is your first impression. When a customer wants to know more about your business, they will Google you. When an employer wants to know more about potential candidates, they will Google them. The list of reasons why people use Google goes on and on, but the fact of the matter is, people rely and trust what Google shows them. For that reason alone it is important to not only appear on Google, but to appear in the way that best represents your brand. Here are a few stats to help you move higher on the results page and spread more positive content regarding your company, your brand or yourself.

There are roughly 1 billion names searched on Google every day, and nearly 94% of those people conducting the searches never leave the first page. This is why it is important to rank high on the results page.

In order to put your name higher on Google, there are some tricks of the trade. First off, in studies conducted by BrandYourself, an online reputation management company, certain sites have higher prevalence on Google’s search results. Out of 100,000 profiles analyzed by BrandYourself, the following was concluded:

LinkedIn has placed higher than any other site in displaying content on Google’s result page. Also it placed in the top results more than any other site. The social media site has become a leading and trusted professional networking site among the online community. When your name is googled, chances are if you have LinkedIn it’ll be there. So there are two things to consider: if you don’t have a LinkedIn account, make one; if you have an account spend some time making it look good.

For obvious reasons Facebook and Twitter placed among the top results. Although second to LinkedIn, both Facebook and Twitter still have an enormous presence on Google. When establishing a brand name either for your company or for yourself, having these sites will propel your content to the top of Google’s results. That is of course if you are constantly updating them with fresh content.

WordPress blogs also ranked extremely high, and ranked higher than most other blogging sites alike such as Tumblr. Having a word press blog, and constantly generating new content, is surefire way to increase your presence on Google. Among most other social media sites, a well maintained word press blog is more likely to be indexed by Google allowing you to successfully appear on the first page of Google’s results.

Other interesting stats concluded from the study are slightly surprising. Vimeo actually ranked higher than YouTube when appearing on Google’s top search results. That is not to say that using YouTube is not a good idea. As far as photo sharing goes, Flickr is the best site to use in order to boost your appearance. And finishing towards the end of the pack, Foursquare didn’t even make the top 20 sites.

Good SEO takes a lot of time to procure but having the right game plan can prove successful down the road. 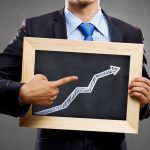 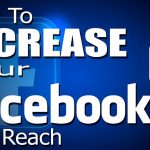