The United States Post Office has been airing some television commercials that remind people about the joys of receiving a physical letter. One of them shows a person filing a bill at home and another one has a poorly placed billboard in the middle of nowhere.

There are others, but the points are the same: there is nothing like the feel of a letter.

A person filing a bill? Small businesses being encouraged to send junk mail? Showing someone putting away a bill and receiving junk mail is cold, clunky and reminds me of what I don’t like about the USPS.

What I like about the USPS are the stamps that make me smile or receiving a letter from a friend. But how should the postal service, whose existence is arguably being threatened by social media respond to social media?

The USPS has a Facebook page, but it’s all information, with no interaction on it.

The Inspector General has a Twitter page, but it’s cold and communicates in one direction. They also look elitist because their follow to followers ratio is out of whack.

The USPS promotes their stamps via social media, but if they really want to stay relevant, they should start promoting themselves also. Is some form, the USPS will always be around, but they need to adapt to changes using the forces that are causing them to change. Tweet more, respond to bad criticism on Facebook and be more proactive about your business. 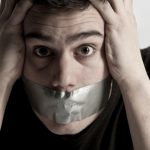 Watch What You Say!Social Media 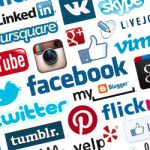