There’s a new kid on the block looking to take on eBay and Amazon.

At first glance you may think 11Main.com is just another Internet startup that will quickly fade and disappear, as have so many others that tried to compete with the big boys. But 11 Main has a big brother in the form of Alibaba, the largest company in China’s vast e-commerce marketplace.

Alibaba will list in the U.S. later this year with an initial public offering likely to raise as much as $16 billion. Analysts believe the decision to start 11 Main now is an attempt to feed off the publicity of the upcoming listing.

“Alibaba wants to capitalize on the exposure it has gained in the U.S. with its massive IPO,” analyst Roger Entner of research and consulting firm Recon Analytics told Fox News.

11 Main, which officially launched this week, is sending this message to companies: “The best address for your business – Build a following of customers inspired to buy from you again and again.”

But it is also choosy about who it wants selling on the site, telling companies: “Selling at 11 Main is by invitation only.”

Even customers need to ask for an invitation to look at what is being offered on the site.

The plan is to create a website that will feel like shopping on Main Street anywhere in the U.S. Management says it will create a different kind of online shopping experience and give each firm a unique presence on the site, as Alibaba offers retailers in China.

“The challenge is recruiting interesting sellers and merchandising the products in a way that is aesthetically pleasing to the U.S. online shopper,” analyst Kelland Willis of research firm Forrester told Fox News.

The retailers 11 Main is trying to attract are principally boutique and speciality firms, rather than the big electronic firms that usually drive sales.

“Fashion and jewelry are interesting areas to expand in. Other companies have struggled there, but Alibaba might be able to pull it off. It’s too early to say.” Entner said.

11 Main plans to make its website free of ads. And, for now, it will not charge retailer fees. It plans to take a very competitive 3.5 percent on each transaction. It should be able to continue for a considerable period of time with the support of Alibaba, but taking on the likes of eBay and Amazon will be a major challenge.

“Breaking into the online space in the U.S. is no easy task, given the saturation and presence of e-Com behemoths like eBay and Amazon.” Willis said.

The key to that is usually getting a lot of traffic – but 11 Main, at least right now, is being selective about who can sell on and even who can even look at its website.

For the record, I’m still waiting for my invite. Meanwhile, my mailbox is filled with offers from eBay and Amazon. 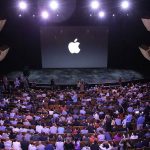